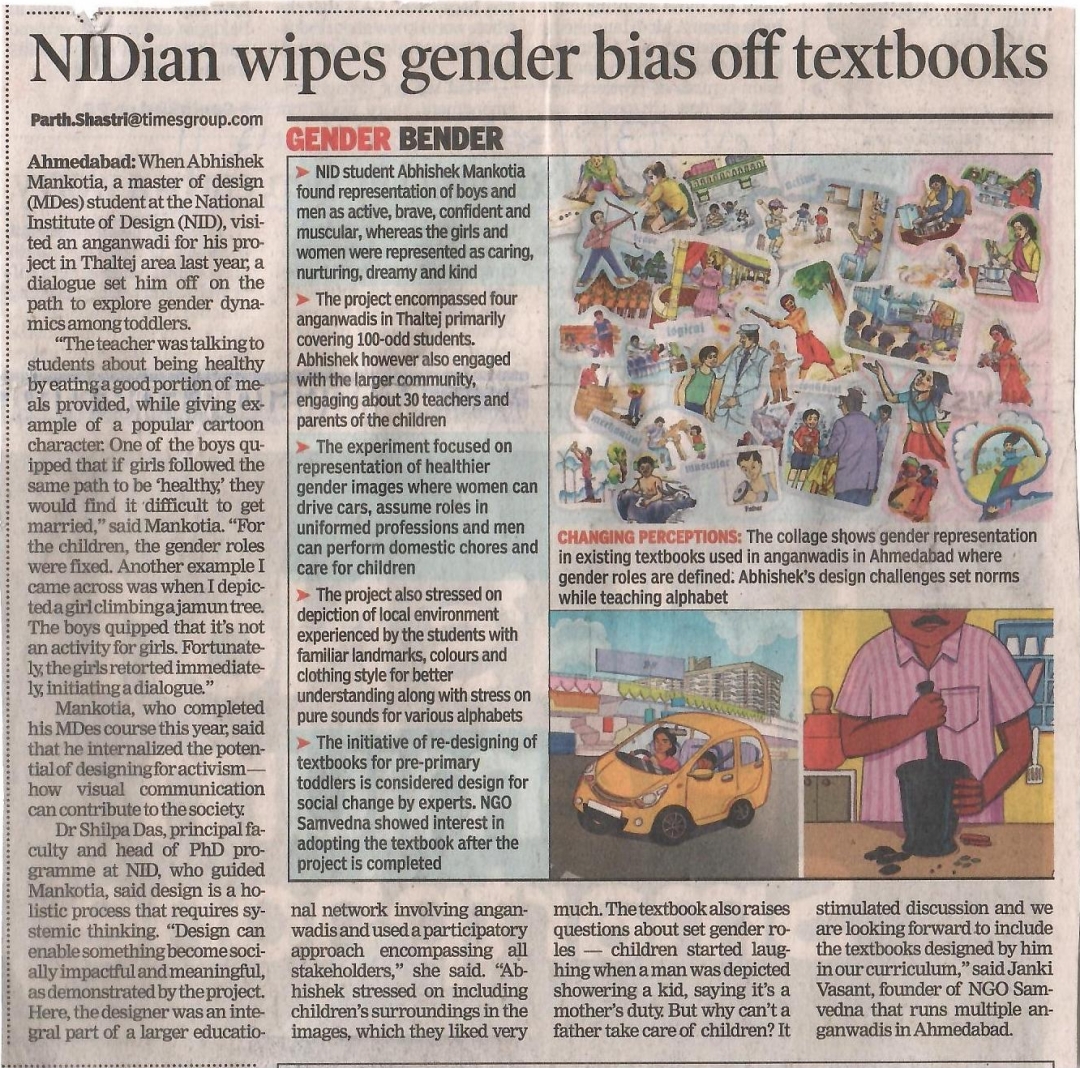 AHMEDABAD: When Abhishek Mankotia, a master of design (MDes) student at the National Institute of Design (NID), visited an anganwadi for his project in Thaltej area last year, a dialogue set him off on the path to explore gender dynamics among toddlers.

“The teacher was talking to students about being healthy by eating a good portion of meals provided, while giving example of a popular cartoon character. One of the boys quipped that if girls followed the same path to be ‘healthy,’ they would find it difficult to get married,” said Mankotia. “For the children, the gender roles were fixed. Another example I came across was when I depicted a girl climbing a jamun tree. The boys quipped that it’s not an activity for girls. Fortunately, the girls retorted immediately, initiating a dialogue.”

Mankotia, who completed his MDes course this year, said that he internalized the potential of designing for activism – how visual communication can contribute to the society.

Dr Shilpa Das, principal faculty and head of PhD programme at NID, who guided Mankotia, said design is a holistic process that requires systemic thinking. “Design can enable something become socially impactful and meaningful, as demonstrated by the project. Here, the designer was an integral part of a larger educational network involving anganwadis and used a participatory approach encompassing all stakeholders,” she said.

“Abhishek stressed on including children’s surroundings in the images, which they liked very much. The textbook also raises questions about set gender roles – children started laughing when a man was depicted showering a kid, saying it’s a mother’s duty. But why can’t a father take care of children? It stimulated discussion and we are looking forward to include the textbooks designed by him in our curriculum,” said Janki Vasant, founder of NGO Samvedna that runs multiple anganwadis in Ahmedabad.